You were raised on Long Island If...

You live in the shadow of the greatest city in the world,
But you almost never go there.

When you're away from Long Island, you love it
And when you're there, you don't.

You think if you're not from Long Island or NYC,
You're not really from New York

You know the exact point at which Queens
Turns into Nassau simply on intuition.

You don't go to Manhattan, you go to "The City".

You never realize you have an accent till you leave.

Everything north of the Bronx is "upstate."

At some point in your life you've gone clamming.

Either your parents or your grandparents lived in the city.

You never, ever want to "change at Jamaica..."

You rode a double decker on the LIRR.

You have or someone you know has fallen asleep on the LIRR,
and ended up in one of these four places; Babylon, Port Washington, Ronkonkoma, or Patchogue.

You can spout off all the LIRR stops between Penn Station and Patchogue,

The Long Island Expressway isn't really as bad as everybody thinks!

The Belt Parkway sucks! You've been stuck in a traffic jam
for more than 2 hours (without moving)..

You know that it's possible to take Jericho all the way to Queens...
but you would never EVER do it.

Parallel parking in your drivers ed class was pointless...you only had to do it next to one car.

You rode in a car with fuzzy dice.

No, you don't want mustard on that burger!!

You don't use a menu in a Deli.

You know what a "Buttered Roll" is.

You can't understand why a diner would ever close.

You know White Castle is terrible for you
and the food sucks but you periodically "Get the Crave".

You want the Yankees to stay in the Bronx,
But would probably go to more games if they moved to Manhattan

You think that somehow, the Jets and Giants still play in New York

You or someone you know has owned an animal
That came from North Shore Animal League.

Quick! Who's your county Executive ? Don't know do you?!

You are never more then 20 minutes away from the water.

You don't really see the big deal about the Hamptons.

You've always liked Billy Joel and you own several of his "records."

Billy Joel said it best, "either you date a rich girl from The North Shore,
Or a cool girl from the South Shore ".

You have a friend who swears they saw Billy Joel somewhere in Oyster Bay.

You've paid a $10 cover charge to get into a bar, but got nothing for it.

"My Father's Place" was not your parent's house.

There is another meaning to "SOB".


When people ask "where are you from?"
You answer Long Guy Land and automatically assume everyone in the world knows that answer means New York.

Your parents took you to All American, Nathan's or Carvel
(on the way home from the beach).

You don't have to go far to see your family.

You were upset when all the Roy Rogers turned into Wendy's and Arby's closed for good.


Paying $35 for a haircut doesn't sound so crazy.

You think the people from Brooklyn are
"DA wunz dat tawk wit a accent."

You went sledding in the sumps.

You have been to at least one concert at Jones Beach. 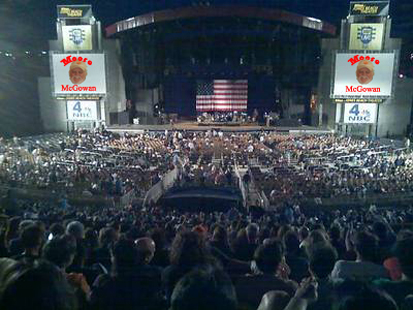 You know the color of the water at Jones Beach is not BLUE!

You knew of Massapequa before
The Amy Fisher-Joey Buttafuoco nightmare.

You think going to Queens is a hike.

The first time you heard the term "Long Island Iced Tea"
You were somewhere else and you laughed.

When you live somewhere else and are astounded
To see that people actually stop at yellow lights..

When you just sort of presume that wherever you live,
You'll be able to find good delis, good pizza, and good bagels.

When you walk in the city and you see two men holding hands...
It becomes normal to you.

You can name at least three bands that came from Long Island.

No word ends in an ER, just an AH.

You actually get these jokes